You are here:
London News

The first ever Aspire Tournament for U13s drew to a close today after a productive weekend of competition and development at the National Basketball Performance Centre. Most games across the venue’s five courts were standing room only as parents and followers alike flocked to Manchester to watch the London Boys and Girls do the double as the tournament’s overall winners. 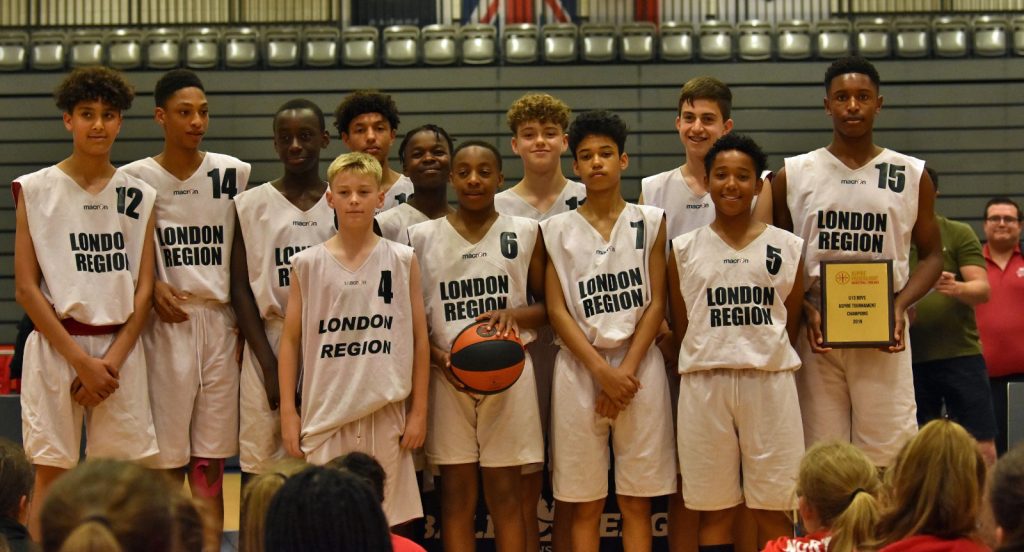 London boys’ Head Coach Alex Ducasse said: “We’ve been working hard with the boys, and I’m so proud of each and every one of them. I believe every game we built on what we were doing. Building and building to get to this point. Two points on offence, two points on defence, and build from there. It really came together in the final.” 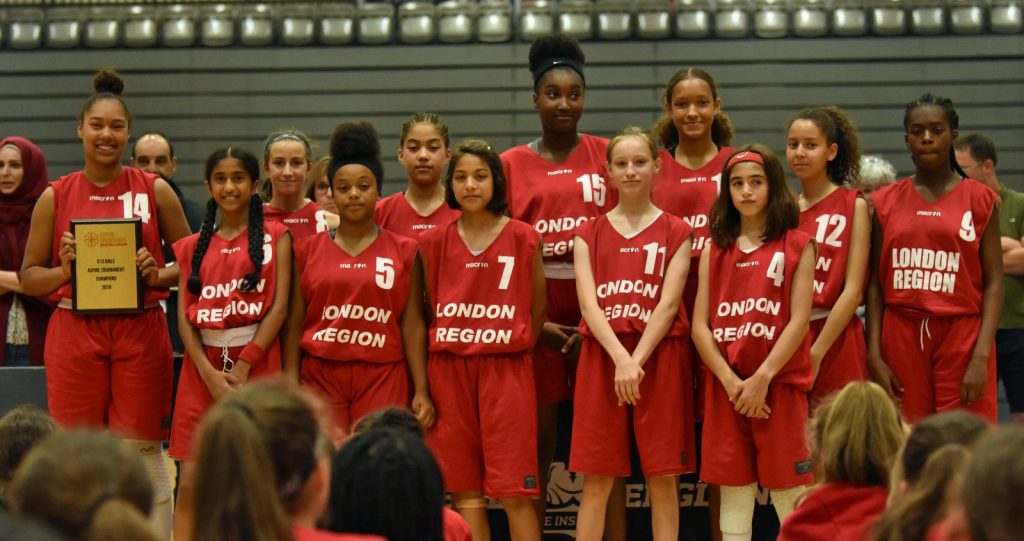 Girls Head Coach Doreen St Marthe added: “It was very emotional, watching the final, because the girls have put in so much hard work. They’ve listened to all the coaches, we gave them some time, they gave us some time as coaches and we worked together as a team and the result is here today. I’m proud of them all, really, really proud of them.”

Both London sides were perfect on the weekend, winning their respective pools with 4-0 records. The girls had to defeat the East Midlands in the semi-finals before taking the spoils against the East region in the final. In the boys’ competition, London proved too much for both the South and then the South East as they claimed a well deserved title of their own.

The Shooting Challenge Finals were also held on Sunday, with both boys and girls Finals in the middle of the afternoon’s schedule. The results were as follows:

With the battle for the Shield (teams ranked 10th-5th) going on throughout the day as well as the all-important Semi-Finals and Finals, the tournament standings finished as follows:

Basketball England’s Programme & Pathway Integration Manager Charlie Ford said: “This weekend’s Aspire tournament has proved to be highly beneficial to a number of people, regional coaches, aspiring officials, our England Talent Programme coaches and not to mention the players themselves as they continue their journey along the new talent pathway. I want to take the opportunity to thank everyone that made this weekend possible, especially the parents and supporters who have come to Manchester from far and wide to support their regions.”

Haringey win thriller vs Reading to claim U18 National Cup Title
January 20, 2019
Go to Top
We use cookies to ensure that we give you the best experience on our website. If you continue to use this site we will assume that you are happy with it.OkNoRead more